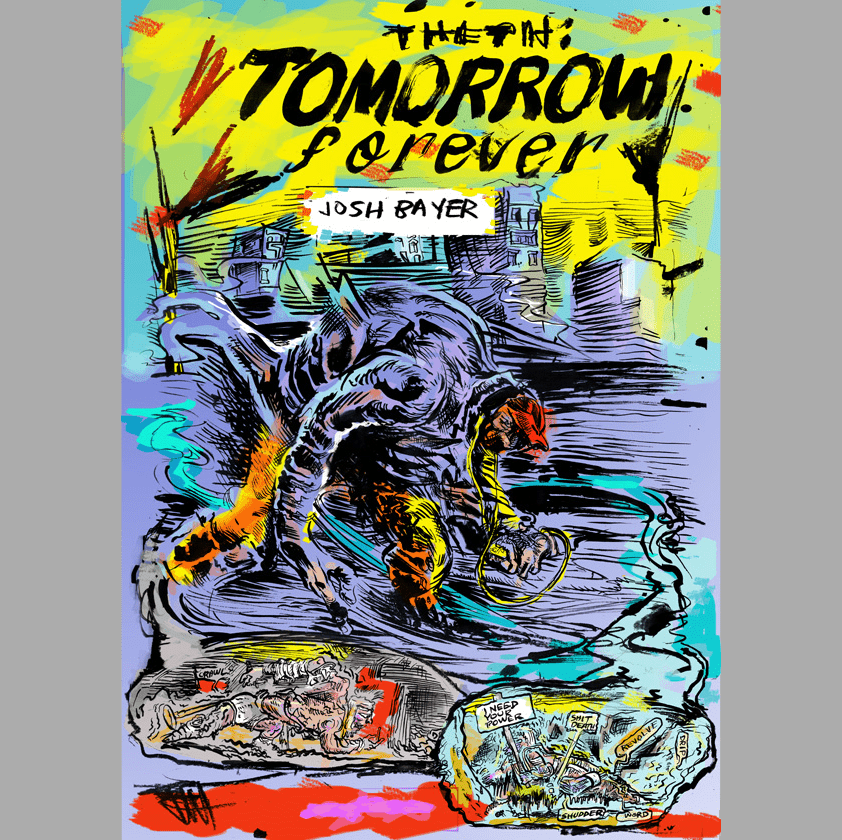 Lots going on! First and foremost, thank you to all supporters of independent comics, we can’t do this without you. Today’s spotlight is the upcoming Tomorrow Forever by Josh Bayer.

I’m really excited to tell you about Tinto’s 2019 book, Tomorrow Forever. You may know Josh’s work from the host of other projects he has put out over the years; things like Suspect Device, his Fantagraphics line: All Time Comics or his previous Tinto book, RM . I’m confident this will be a standout due to the depth of the character and breadth of the story. It took Josh 3 years to draw, 2 years to color and we’ve spent several months editing it. Set in the midst of another nasty Ohio winter, Josh tells the continuing story of  “Theth” (“Seth” pronounced with a lisp). He’s on the cusp of adulthood, attempting to find his artistic voice and dealing with the complications of his age group; no money, no job prospects, very few social prospects, topped with problems of motivation, discipline and obsessive thinking. The question, “How much suffering is good for you?” is one that is revisited often in this graphic novel. Theth’s isolation and outsider mentality play a primary role in his experiences. They color all of his interactions and we see the world according to his own depressing assessments. Josh employs a unique sense of writing that accentuates Theth’s dark moods; one that plays with anti-narrative, that is, a narrative that deliberately avoids the typical conventions such as a traditional plot and resolution and relies heavily on the character’s state of mind. Among his many influences, Josh’s interest in punk rock is reflected in his drawing style. It’s expressive and quite beautiful in describing a world that is chaotic and ugly. I’m reminded of the work of Derek Hess. Josh’s rich colors complement his spectacular line work to create a truly remarkable page. The book is full color, 166 pages not including an introduction and several pinups by notable comic artists. We’re looking to release it at SPX this September. Incidentally, I have (very few) pre-release copies left from DiNK that I’d be happy to sell to you now. They’re 200+ pages full color. 8.25×10.25 and they are $25 each. If you’re interested, please email me at [email protected] This was a one-time short print-run and this version will not be reprinted.

Here are a few quotes from contemporaries to help fill you in.

“I just wish I saw more wild imagination or energy in drawing (among today’s artists). I know there are those who push the boundaries of comics and use that same kind of crazy energy. Josh Bayer is one who comes to mind. I just wish there were more, but I guess even when Cole and Kirby and those types were working, there was a lot of bland stuff out there, too.”

I love this book. It tells the story of an “emerging comics artist” in a way that’s completely relatable, and which I’ve never seen put into words (or for that matter, drawings) before. I relate so much to the character’s urgent and impossible desire to create something the world will accept, his feeling that he isn’t someone who can be given a regular job for some unmentionable awful reason and his belief that he mustn’t have friends or go out or buy things or eat normally until he figures out his art, and the distress of living in limbo for so long, on the verge of falling off the face of the planet, and not knowing if it will ever end. And, at the end of the endless tunnel, the beauty of the art he knows he is destined to make.

Josh Bayer understands loneliness, art mania, childhood, teenagehood, and intense feelings—all the real things—in a way very few artists and writers do, and he knows how to put them into comics: a miraculous, impossible, and enviable thing. He has an intuitive way of drawing and telling stories that are gorgeous, fully formed and different from anything else out there. I’d call him a genius if that word meant what it should: a person who lives on a different plane, and brings us what he sees there.

Sometimes I think that Bayer might be single-handedly saving the very existence of representational art. His drawings are meditations in crosshatched ink: expressionist and violent. The stories are strange fantasies in which punks, political phantasms like G. Gordon Liddy, and 1980s comics all intersect. Bayer is a tireless author (Raw Power, Theth, Rom, Bike Rider), anthology editor (Suspect Device), and teacher (at Parsons, as well as at the Metropolitan Museum, where he leads drawing classes for special-needs children). Bayer is the cartoonist who may be the closest successor to his mentor and friend, Raymond Pettibon 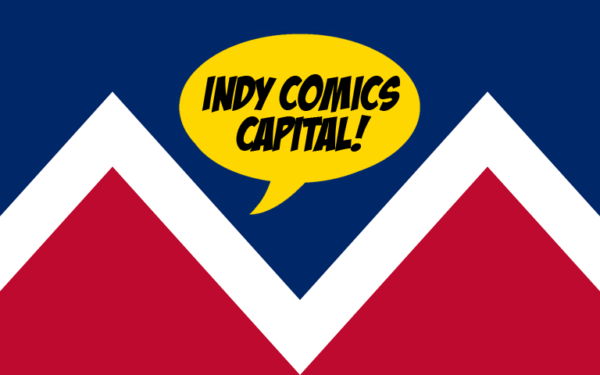